The proposed Recognize, Assist, Include, Support, and Engage (RAISE) Family Caregivers Act would require the development of an integrated national strategy to provide resources for under-served family caregivers in the United States.  If you are not currently a caregiver for a loved one, you most likely will be, and no doubt you know of someone who is already an unpaid caregiver (as opposed to a hired caregiver) for a person in their family.

Many families, even those with young children, find themselves thrust into the role of caring for a loved one when they least expect it and can ill afford to.  Caregiving for a child or an adult with disabilities, or caring for an adult with a debilitating illness, has become the norm for many in the United States and abroad.

These caregivers “prepare meals, handle finances, manage medications, drive to doctors’ appointments, help with bathing and dressing, perform complex medical tasks and more – all so loved ones can live at home.”

Keep in mind, the above tasks are those they were already performing for their own household, tasks that multiplied exponentially with the increased needs of their disabled or ill family member.  Add a job outside of the home to all of that, and you have to wonder how these overworked and over-stressed heroes manage at all!  END_OF_DOCUMENT_TOKEN_TO_BE_REPLACED

Do you believe in magic?

Today is a 7.  Now’s perfect to start a new writing project; no need to wait until next year.  Put down your thoughts without worrying about form, one word at a time.

Prior to 12/29/2012 I would have stood by my belief that Horoscopes are merely faulty predictions by faulty people provided to those of us who are humored by such baseless declarations of personalized present and future outcomes.

But that personalized declaration for Irene on a day in late December 2012 was right on the money.

The backstory: During the summer of 2012 I made the decision to write a novel that focuses on the lives of caregivers of loved ones with Alzheimer’s and other dementia.  The focus would be split with equal attention spent on the person with the disease.  My book’s mission: to put a personal face on those every day people (that’s you and me) thrust onto the memory-removing disease journey.  Once I made the decision to write a book, I set January 1, 2013 as the start date for my project.

That start date was moved up based on the extremely accurate Horoscope (see above) for this wannabe author whose birthday fell under the sign of the bull: Taurus.

I obeyed the directive and sat at my computer that very day and managed to write page after page of content.  Wow!  I’m writing a novel!  It was quite exhilarating being able to spew page after page of fictional story line based on experiences I had with my father, my sister-in-law, and the many people with whom I became acquainted during my years of work with vulnerable adults.

I finished the “final” version of my manuscript earlier this month and set the timeline for next steps: starting January 1, 2015 I will actively seek representation for my novel.  Oddly enough, that seems to jive with today’s Horoscope (2 years after the first timely Horoscope) if you force a few of the jigsaw puzzle pieces to fit what’s currently going on in my life.

Today is a 6.  Hide away somewhere peaceful and you can get some productive thinking in.  Inspire intuitive leaps.  Creative work pays well now.  Don’t squander an enticing opportunity.  Meditate on it, and your choice comes to you.  Nurture your physical health with exercise, good food and rest.

I guess I may as well get to it based on previous personal declarations that brought me to this stage of my writing career.  Seriously, why wait when I can do it now?

If you’re interested in how this all pans out for me, I hope you’ll Follow my blog for updates.  If you’re already a Follower, stay tuned for more predictions and/or fabulous outcomes.

Local and Federal governments have more red on their accounting ledgers than black.  Citizens balk against any raise in taxes, regardless of how infinitesimal the increase.  The same citizens demand more services from their government.  How does one get what they need without paying for it?

I’m not a politician – and never will be.  I’m not a brilliant person nor do I fully understand all the nuances inherent in government bureaucracies.  About this one thing, however, I am absolutely certain: many valuable services that were initially set in place for those considered vulnerable in our society are still desperately needed for even a modicum of dignity and quality of life.  Did the needs suddenly disappear?  NO.  Did the vulnerable in our society somehow experience a miracle and are now fully capable of managing their lives on their own?  NO.  The needs are still there and the vulnerable in our society are being pushed to the wayside and are slipping through the cracks.  Do I like paying taxes?  NO.  I guess I’m wondering how to generate funds for needed programs without “robbing Peter to pay Paul.”  Taking from one program and sliding it over to a different program robs other needed services.  If ever there was a Catch-22, this is it.

Let’s look at caregiver training.  In Washington State, in the year 1996, caregivers were only required to pass First Aid training, CPR and HIV training, the Fundamentals of Caregiving training (22 hours), and had to successfully pass the State’s criminal background check.

In a Seattle Times article printed January 23, 2000, Push on for more caregiver training, the following statement begins the article:

The year 2000.  For the third time in four years, the Washington State’s long-term-care ombudsman (who is independent of any government agency) pushed for more training for caregivers.  “The Legislature and the industry both need to step up and say this is an important key profession…People who take care of human beings are important people.”  State bill I-1029 passed which would increase the number of required training hours and implement specialty training for residents with special needs such as dementia, mental health, and developmental disabilities.    Implementation of this Bill’s provisions was delayed and set to go into effect March 1st, 2002. 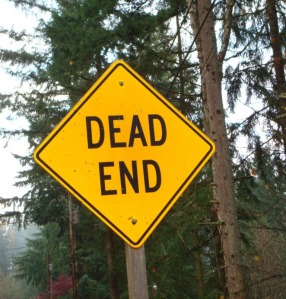 Fast forward to February 2002.  Let’s look at another Seattle Times article, Caregiver-training issue causes split in state’s long-term-care community.  After the Bill from the year 2000 passed, the Department of Social and Health Services didn’t get the training curriculum revised in time for the March 1st, 2002 implementation so the State Legislature delayed the start-up of the new training requirements to September 1, 2002.  Private providers of long-term care – those not accepting Medicaid – would have to foot the bill to provide employee training, most certainly passing the costs along to their residents.  Long-term care facilities that accept Medicaid payments would rely on the State Medicaid program to provide the mandatory additional training and the State contended that the budget does not exist to provide the mandated training voted into law from initiative I-1029.  Time to go back to the drawing board.

Bear with me.  Fast forward to November 2008.  Let’s look again at another Seattle Times article, Voters back more caregiver training.  In 2008 a revised caregiver training Bill was passed requiring a training increase from 34 to 75 hours for new long-term care workers and required caregivers to undergo a Federal criminal background check.  This bill passed overwhelmingly.  It’s great that the citizens of my fair State decided that anyone taking care of the vulnerable should be held to a high standard.  Oops – in the same voting cycle, initiatives that would have imposed taxes on candy, soda pop, and other piecemeal purchases failed big time.  These miniscule, microscopic taxes would have saved vital services for the vulnerable and would have helped the State pay for the “mandated” new training.  No money – no increased training – no Federal background checks.

One more time.  Fast forward to November 2011.  Washington voters asked to boost caregiver training again, Seattle Times.  The Legislature delayed the implementation of the 2008 Bill because of budget cuts.  And during the voting cycle of 2011, a re-worked caregiver training initiative made it to the ballot once again as Initiative I-1163, right in the middle of an ever-increasing budget crisis, and the Washington State voters overwhelming approved it.  Implementation of the new training and background check requirements are set to start in 2012.  Lawmakers pushed implementation to 2014 but the good news is that the Legislature won’t be able to delay implementation of the new requirements without a two-thirds majority.  As of March 1, 2012 – the Washington State legislature has yet to finalize any enactment of the Bill protecting vulnerable adults; those that the voters of my state approved – and voted for – numerous times since the early 1990’s…stay tuned…

WHAT’S HAPPENING IN YOUR STATE?

HOW IS YOUR STATE PROTECTING YOUR VULNERABLE ADULT POPULATION?

Be an advocate for your aging loved one.

If your loved one no longer has a voice in which to defend or advocate for herself, who better to do so than you?

In this post I will assume that your loved one, e.g., parent, grandparent, spouse, or sibling, lives in a long-term care (LTC) facility.  Oftentimes by the time our parent has entered a facility, we are so relieved that someone else has taken over the caregiving, we willingly take a back seat and let the professionals do their job.  By all means, reward yourself with the freedom that less active caregiving of your loved one has afforded you, but don’t leave your caregiving role behind.

I know it’s hard to hear what I’m about to say – especially since you finally turned over your parent’s caregiving to someone else – but I want to encourage you to NOT assume that the care being provided (or withheld) is in your loved one’s best interests.  It’s easy to have a perhaps unwarranted laid-back attitude because:

I wish all of the above points were reason enough to become somewhat removed from the picture but the truth of the matter is that none of the above have any bearing on the quality of care being provided to your mom.  Let’s take each point separately.

So here are some pointers for you that I hope encourage your continued involvement in your loved one’s care.

SPEAK UP.  You don’t have to be a squeaky wheel to get the grease.

OBSERVE.  When visiting your loved one, observe her behavior and demeanor; her cleanliness and her appearance.  How does it differ from visit to visit?  Is her room tidy, clean and uncluttered?  One way to observe staff members in action is to accompany your mom on facility outings.  Observe the staff’s interaction with the residents.  Do they speak respectfully to them?  Are they patient with them?  Do the residents enjoy their outings or do you get the impression that these outings are forced upon them?  All of these impressions are important towards discerning what goes on in your absence.

ADVOCACY RESOURCES.  Do your part in acquiring the tools needed to better understand the resident rights guaranteed by law that your loved one should be receiving as a long-term care facility resident.  Each state in this country has a LTC Ombudsman program.  Get acquainted with their mission of advocating on behalf of vulnerable adults and contact your local program to receive help in assuring optimal care for your loved one.