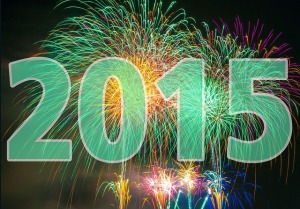 If you’re like me, you’re wondering how another year has slipped by so quickly.  I’m sure there were a few of the 52 weeks that seemed to slog by, but all in all we can now look back and marvel at what we accomplished, or what others accomplished in our stead, during the past 365 days.

An accomplishment with which I’m happy is having authored this blog for the past three and a half years.  I’ve provided this blog for you, but I’ve also provided it for me because I truly enjoy having the opportunity to share my experiences and my viewpoints; I hope in the process that I have encouraged, helped, and entertained you.  From the start of Baby Boomers and More in 2011 to the end of 2014, I posted 520 articles.  I’d be a very happy blogger if the quality of those articles surpassed the quantity because if I’m just talking into thin air without benefit to others, its hardly worth the space my blog occupies.

Here are links to the five most visited articles in the year 2014 based on WordPress statistics:
END_OF_DOCUMENT_TOKEN_TO_BE_REPLACED

Fine tune your “boogie” for your later years

Please Santa, let me be the smiling lady that gets up and dances.

Are you preparing right now to never lose your boogie, no matter your age?  I am.  The attached article is a delightful story of how music affects the elderly – whether cognitively impaired or not.

The Alive Inside program proved how beneficial music therapy is to those whose world has diminished and whose communication and connection with others has been cut off.  Regardless of the music’s era, regardless of the generation listening to it, everyone can harken back to long-ago memories just by listening to familiar tunes that meant something to us then, and that mean something to us now.

Retaining ones essence and ones individuality goes far towards announcing to the world, “I’m still here; I’ve still got it; I’m still vital.”  As expressed in the article I’ve shared from a fellow blogger, I hope I will indeed be the smiling lady that gets up and dances, and I hope you’ll join me on the dance floor.

What a horrible title for an article.

But many with dementia are dead inside without any means of engaging with others in meaningful conversation.  Heck, they might not even be able to talk to themselves: a practice I engage in quite frequently.

What an isolating state to be in: you’re there, but not there.

Fortunately, those with Alzheimer’s, dementia, or other cognitively restricting illnesses, have a chance to awaken their memories – and therefore their history – but not without the tools to do so.  Alive Inside, the 2014 Audience Award winner at the Sundance Film Festival, is a one and a quarter hour documentary film that touts the benefits of personalized music therapy for those who are living dead inside.

Dan Cohen, social worker, Founder and Executive Director of Music & Memory, started this awakening project several years ago.  Here is a description of the project, taken from the film’s website: “Music & Memory … promotes the use of digital music players with individualized playlists to improve the quality of life for elders, regardless of their cognitive or physical status … Dan has spent most of his career helping individuals and organizations leverage technology.  Music & Memory operates in hundreds of long term care homes across the U.S. and abroad.”

Watch the 2.15 minute trailer on the provided Alive Inside website to witness a few of the individual awakenings spotlighted in the film.

Even if the film is not scheduled to appear in your area, you are still able to help awaken the millions of people in the United States and abroad by your participation in Mr. Cohen’s project.  Whether it’s feet on the street or a click of a mouse to donate funds, each of you can become a part of these efforts.

Additionally, if you know someone, or are caring for someone with cognitive decline, put together a personalized database of music for that someone in a digital music storage device, then connect them to it with a set of headphones.  You might be able to awaken him or her with that simple effort on your part.

Music therapy: a key to unlocking the diseased brain.

Alzheimer’s and other dementia don’t hold a candle to the positive effect music has on its victims.  The attached video, a brief portion from the documentary, Alive Inside, is entitled: “Music and Memory, an old man’s reaction to hearing ‘his’ music.”  It illustrates so beautifully how music can unlock the brain that is addled by memory loss resultant from injury or disease.

I hope Henry’s story, and his dramatic transformation,  encourage you.