A call for peace

November 24, 2014 violence. After a night of violence across the nation, including in my own city of Seattle, Washington, I searched for some encouragement that might help put out the fires of hatred, and send energy into the universe to prevent those fires from ever burning again. 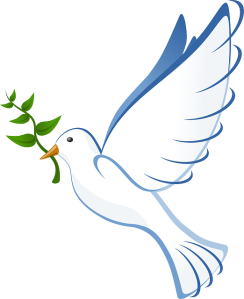 Mr. Wiesel knows a little bit about hatred and suffering.  He was held captive at Auschwitz and survived.

Of his relatives, only he and two of his sisters survived.

The following quote is from his book, Forgotten.

As a human race, we must choose between: the violence of adults, and the smiles of children; the ugliness of hate, and the will to oppose it; inflicting suffering and humiliation on our fellow man, and offering him the solidarity and hope he deserves for naught.

Even in darkness, it is possible to create light, and encourage compassion.  Every moment of our life is essential; every gesture is essential.  Our role in life is to give an offering to each other.

This entry was posted in 21st Century Living, Community outreach and tagged Auschwitz, Elie Wiesel, Ferguson violence, give peace a chance, Holocaust, peace, The Forgotten, the need for peace.

Don’t take selfies in Auschwitz | Opinion | The Seattle Times by Leonard Pitts, Jr.  One would think that it is not necessary to publish rules or guidelines as to when or where it is inappropriate to immortalize your grinning mug via a selfie, but Mr. Pitts clearly indicates that such guidelines are necessary.  His column, attached above, tells the story of an Alabama teenage girl who took a “sunshine smile” selfie at the place that has been memorialized as the largest concentration and death camp in the world: Auschwitz, also known as Auschwitz-Birkenau.  (After much fanfare over social media and elsewhere, this young lady defended her action by stating that it was meant to honor her father – on the anniversary of his death – because he passed his love of World War II history on to her.)

Keep in mind, Mr. Pitts’ column is an Opinion piece.

I happen to agree with him.

It is my opinion that it is not appropriate to take a stupid-ass smiling, self-absorbed, thumbs up, V cooties sign above someone else’s head, sticking-out-your tongue selfie or photograph in the following incidents and/or places (this is just a partial list):

Which begs the question: did this Alabama teenager take a selfie in front of her father’s open casket (if a casket was used and if it was open)?  I would bet that she did not.  Why?  Because it would be disrespectful, distasteful, and inappropriate.  But I have a confession to make.  My family is somewhat guilty of the latter.

My mother died on September 24, 1994 leaving my father a widow.  Within 24-hours of her death, I and my two siblings arrived from out-of-state to support dad and help him with the numerous required tasks leading up to the funeral.  Mom was cremated.

Because the entire family was present at the church funeral, including my sister-in-law and my adult daughter, someone suggested that we all stand around the urn (which sat on a table surrounded by six dozen pink roses at the front of the church) and have our picture taken.

At the conclusion of the service, our photo was taken.  It is a very awkward photo, evidenced by the strained smiles on our faces.  The inner dialogue went something like this, “Someone is taking a photo; you’re always supposed to smile for a photo; ergo, here’s my smile.”

But dad wasn’t smiling.  He just lost his bride of forty-seven years; what’s to smile about?  He stands there with an exhausted and grim look on his face, his left hand touching the top of mom’s urn: one last connection with her before the undertaker removes the container for appropriate storage.

I’m not showing you that funeral-day family photo because there’s no reason why you need to see that private family moment.  More importantly, that photo op just didn’t feel right to me.

Maybe that’s a pretty good barometer from which to gauge the appropriateness or not of our actions.