the importance of preparation

First step for any endeavor: START 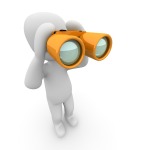 You have an idea that turns into a personal goal. You plan for it, making a list of To Dos and To Purchase, or whatever lists are required to put your idea into motion.

Then you’re paralyzed: when do I start? how do I start? You begin to second guess your idea, your plans, your goal.

Paralysis by analysis sets in. You freeze in place. You do nothing for a day, a week, a month, eventually discarding the project about which you were initially very excited.

For me, taking that first step can be the beginning of failure, and because it is, oftentimes it’s a step I choose not to take.

I signed up for National Novel Writing Month, NaNoWriMo, in August or September, I don’t remember. I purchased book-drafting software called Snowflake, and went through every step needed to prepare an outline and/or book proposal for a novel, my second. I was extremely excited about the novel’s concept.

I kept receiving NaNoWriMo emails, counting down the days until November 1st when that novel writing month would commence. The second week of October I questioned the sensibility of subjecting myself to completing a novel in thirty days. The third week of October, I ceased all preparation. Monday of the fourth week of October, I decided not to participate. END_OF_DOCUMENT_TOKEN_TO_BE_REPLACED