Good Starts with Me – Irene’s about-face

I follow a gentleman on Facebook, Prince Ea, a twenty-seven-year-old poet, filmmaker, and speaker who, according to his website, “has touched the hearts and souls of millions of people worldwide.” I can’t vouch for the millions, but I can vouch for myself: what he has to say has been inspirational and life-affirming.

The end of August he posted a video encouraging Facebook users to stop spreading hatred and anger in the stories they post; stories that might further inflame others. (Political news stories come to mind, and I’ve been fairly actively posting said stories.) Additionally, he talked about the domino effect of reposting flaming news stories or other flaming social media.

Let’s look at how this may work. Let’s say I read some story in the news, or even on other FB pages, that inspire me to re-post that same story on my own FB page. Now, by inspire what I really mean is incite. Maybe if I hadn’t posted that story on my timeline, none of my FB followers would have been exposed to it. Now they’re inspired/incited to re-post that same post and then more and more and more people have the opportunity to get p*ssed off just like I was p*ssed off when I first read it.

Yuck. Now I’m responsible for inciting hatred and anger from innocent people who had the misfortune of having read my posting.

The flip side of this process is that a positive domino effect proceeds from Facebook posts that are less about the sh*t that makes us mad, and more about the good stuff that makes the world a softer place. 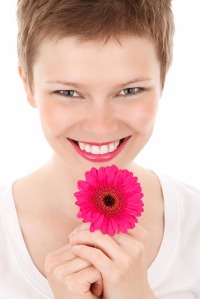 So enough. From now on – and this is gonna be difficult during the final weeks of this election season – I’m only going to post or repost stories on Facebook that might have the effect of affirming others; of lightening someone’s mood; of making others feel glad they woke up that day.

And where my blog is concerned, when writing new articles that my followers have the opportunity to read, I will make sure that regardless of the topic, there will always be a redeeming element that provides positive direction and hope in the midst of the life-topics that inspire me to spend hours providing content – over 750 blog posts thus far – to my followers on WordPress, Facebook, LinkedIn, and Twitter.

And now that I’ve announced this about-face on my part, I’m gonna do my level best to adhere to it. I’m only human . . . and I’m just as sensitive as the rest of you . . . but I’m still gonna give it the ol’ college try.

Mike Ditka, Hall of Fame NFL player, coach and TV analyst recently had this to say when asked what he would do if he were President of the United States:

“I’d focus on being a leader, not a reactor. We have too many reactors in this world.”