I’m one of countless artists in the world who work in solitude and hope for public acknowledgement some day down the line. 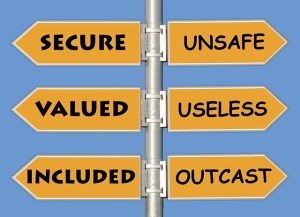 I happen to be a writer, fiction primarily, but there are many other artistic crafts: painting, drawing, sculpting, metal work, woodworking, stained glass, and on and on and on. Bottom line, artists create and hope beyond all hope that what they create is liked by the masses … or at least one person who is not related to them, or financially obligated to them, or otherwise committed to the person doing the artistry.

I belong to several writing groups on social media. A day doesn’t go by that one of us writer’s doesn’t post a rant or a tear-filled comment such as:

Okay everyone,  an agent requested my manuscript last week and said she’d have a look-see over the weekend … it’s now Thursday and I haven’t heard from her … Did she hate my manuscript? Did she even read it? Should I give up as a writer? What in God’s name should I do?

Sound exaggerated? It’s not.
I can’t speak for what it’s like to be an engineer or an accountant or a lawyer, doctor, bus driver, mail person, or what have you, but I can say that paranoia is many an artist’s primary personality trait. Consequently, we crave affirmation in order to continue doing what it is we do.

Remember Sally Field when she won an Oscar in 1984 for her role in the film Places in the Heart? During her acceptance speech she emoted that winning the Oscar told her that “you like me … right now … you like me.”

When that same paranoid author (three paragraphs above) is finally published, she won’t sleep at night without having read every review of her book on Amazon, Barnes & Noble, Goodreads, Publisher’s Weekly, etc. And for every bad review, she’ll forget the good reviews and the four or five stars awarded her masterpiece, which, quite frankly, is the manifestation of her heart, laid out in the open for everyone to spit and step on.

If artists believe in what they create, if their whole raison d’être is doing what they do come what may, it won’t matter what the critics say … well, it will matter what they say but she’ll still love herself in spite of it.

And if all of you wouldn’t mind reminding me of this fact now and again while I’m on this seemingly never-ending road to publication, I will be forever indebted to you … if it’s not too much trouble … if you have the time … if you think I’m worthy …

Click on these brief stories that describe my delight when a literary agent complimented my short, short stories, occurrences that made my day:

Complimentary words from a literary agent; Positive input from an agent: a welcome gift.

3 thoughts on “An Artist’s Paranoia”

I’m so happy for you, Irene! Keep slogging your way through the trenches, we’ll be here. Congratulations!

It’s so wonderful having support in the blog-world, isn’t it? Some day we may even meet each other, Jill.

That would be nice, Irene! 🙂