12 Lessons Learned From a Debut Author | WritersDigest.com. I’m a debut novelist so I latched onto the attached article pronto! In writing this article, Anne A. Wilson managed to describe emotions I’ve been experiencing for the past several months. 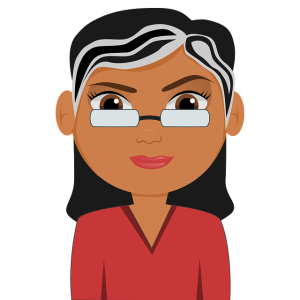 What makes Anne’s story even more relatable for me, a somewhat older novelist, is that Ms. Wilson wrote her first novel six years ago at the age of forty-three.  That’s not the novel that actually got published, but herein lies my point: it took years for her to write a publishable book.  Also, Ms. Wilson had no creditable writing education or experience when she decided to write a novel.  Like me, she was “starting from scratch.”

And like Ms. Wilson, my first novel took more than two years to write (and that’s considered pretty quick in the grand scheme of things.)  But completing a novel is just the first of many steps towards attaining writing success.  Getting agent representation.  Editing.  Securing a book deal with a publisher.  More editing.  And eventually, gradually, attaining slow-like-molasses publication.  Years, I tell you!

Debut authors: pay attention to what Ms. Wilson has to say.

Her words will encourage you stick with it.  Her words will also provide the reality check you need in order to stop panicking about the time it’s taking to get your work-in-progress onto a reader’s bookshelf.

Am I the only anxious debut author out there?  Somehow, I don’t think so.  What say you?

3 thoughts on “12 Lessons Learned From a Debut Author | WritersDigest.com”

I’m another “starting from scratch” novelist. The first draft of my first novel only took six months to write, but it then took nine substantive edits over six more years before I felt it was publishable.
My second won’t take much less time.
But I am happier with my end result than the results of others who only go through a couple of rewrites.
Thanks for the reality check.

It was a terrific reality check for me as well, Theresa. We live in a gotta-have-it-now time and more often than not, the antiquated saying, “Good things happen to those who wait” is a good one to adopt.

You, my friend, are not alone. We must keep pressing on. 🙂 Happy Weekend!