Here are some great football jokes in honor of this past weekend’s pre-season start:

Three fans were talking about the sad state of their local football team:

The first fan blamed…: “I blame the manager; if we could sign better players, we’d be a great team.”

The second fan blamed…: “I blame the players; if they made more effort, I’m sure we would score more touchdowns.”

The third fan blamed…: “I blame my parents; if I had been born in a different town, I’d be supporting a decent team.”

Q: Why do coaches like punters?
A: Because punters always put their best foot forward.

Q. Why do ducks fly over Gillette Stadium upside down?
A. There’s nothing worth pooping on.

Q: What’s the difference between the San Francisco 49ers and a dollar bill?
A: You can still get four quarters out of a dollar bill. 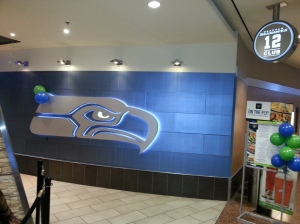