Hatred and intolerance have no place in religion 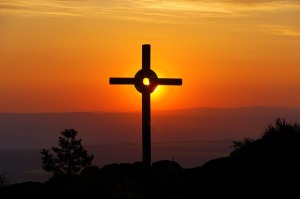 A little bit of backstory about myself: I was raised Roman Catholic, then in the late 70s I steered clear of any religious involvement for several years, then I became a born again Christian in 1981, actively involved for thirteen years, then in the late 90s, I went back to the Catholic church and was very active in said church, then in 2013 I abandoned that church for good when intolerance was exhibited regarding gay marriage.

I didn’t, and don’t, believe that everyone in the Catholic church is intolerant – not at all – but when the local Catholic archdiocese instructed parish priests on how to block a political vote for gay marriage, I was outta there. One of those measures saw a petition table set up during church services so that people could voice – by their signature – their opposition to the measure.

That went over the line of separation between church and state. My worship space was violated: the space where a loving community of fellow believers assembled to worship God and emulate Christ.

I’m pretty damn familiar with the Bible. During my thirteen years in an evangelical church, I read the big book from beginning to end twice a year, I went to church three times a week and heard many, many scripture readings and sermons, and I went to Bible study once a week. For several years I led a Bible study group for single mothers – myself being one at the time.

Anyone who has read the Bible, regardless of how he or she may interpret some of the teachings therein, has to conclude and profess that God is about love; that to live a life modeled after Christ is to live a life in which love, acceptance, inclusiveness, and lack of judging ones fellow man is at the forefront.

I’ve seen many news and social media postings over the years – and increasingly so during this current election cycle – where hatred oozes from the words on the page. These postings written in the name of God and/or Christ spew hatred in record volumes. They are: 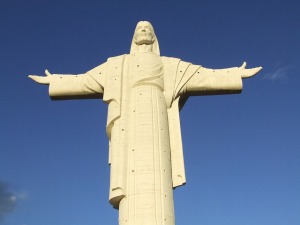 Bear with me for a moment. Let’s pretend that Jesus Christ – savior, prophet, and Son of God – is alive and physically present at this writing. He goes to work like everyone else; he purchases his venti double-shot latte at his favorite Starbucks just like you and me; he mows his lawn, washes his car, gets stuck in traffic just like the rest of us mortals. In short, he’s participating in life as many of us know it.

When Jesus is standing at the water cooler on a Friday afternoon with the rest of his coworkers discussing the upcoming weekend’s plans, and/or the state of the current election season, is he full of love or hate for those with whom a certain percentage of our society have a bone to pick?

Is that the Son of God that exists in the Bible?

Is his intolerant and judgmental behavior what one would expect of a child of God?

I don’t think so.

So why are so many children of God behaving that way? The manner in which they discard Christ’s teachings makes one think that these mere mortals believe they know better – and are better – than the person after whom they are supposed to be modeling themselves.

Please, if that’s the case, don’t call yourself a follower of the loving, forgiving, God I grew up knowing.

Give yourself a different moniker than Christ-ian.

Pick a name, any name but “Christian” because you’re not representing the God of love; not by any stretch of the imagination.

See also: We’re all different versions of each other

2 thoughts on “Hatred and intolerance have no place in religion”