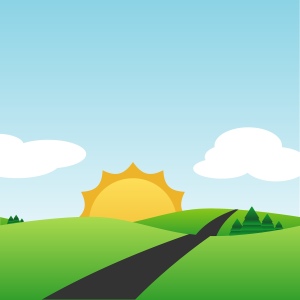 Two Generals of the Napoleonic era were watching a battle from a nearby bluff. Suddenly a stray bullet struck one of them in the shoulder. Without a moment’s pause, the General turned to his aide and said, “Fetch me my red jacket.”

As the aide rushed to comply, the wounded General turned to the other General and explained that he didn’t want the men to be demoralized by knowing he was wounded, thus the reason for the red jacket.

The other General was clearly impressed. At that very moment, a cannonball shrieked between the two men, the wind from its passing, rocking them both back on their heels.

After a moment, the second General turned to his aide and commanded, “Fetch me my brown trousers, will you?”

This entry was posted in 21st Century Living, Fun and Games.

Ha ha! I laughed out loud at this one, Irene. 🙂