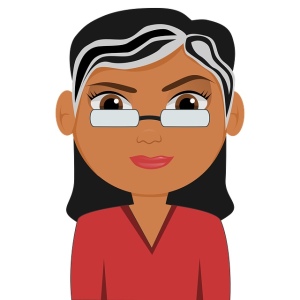 Is the novel ready for publication? Hell no. Now begins the editing, fleshing out, adding and subtracting of content, and fact-checking drudgery required of a book fit for representation and publication.

It’s all in the preparation, Bay-bee, at least for me it was. For the first time, I used a novel-planning software called Snowflake Pro developed by Randy Ingermanson. This software isn’t writing software per-se, rather, it’s planning software that helps you craft all the necessary elements for your novel.

The greatest realized benefits occurred in Step Three (wherein you create a list of characters and flesh out their storyline) and Step Seven (where you’re forced to answer forty-seven questions about each of your characters.) These questions are quite thorough, from stating the height and weight of your character, to best and worst childhood memory, to religion and political leanings, to how the character sees herself and how others see the character, and much more.

Armed with these character profiles, the writing came easy for me. Of course I changed some of the initial answers as I completed one chapter after another. As is usually the case when drafting a novel, I found as I got to know the character better, I needed to redesign its destiny, but without a preliminary resume of sorts, I would have found myself floundering – not a comfortable position to be in when you’re on deadline. Yep, I’m certain I would not have experienced the same outcome without the software’s guidance.

So Wednesday night I celebrated with the help of my husband. I announced earlier in the day that I had two more chapters to write and then my initial draft – also known as the Shitty First Draft (SFD) according to fellow writer Anne Lamott – would be completed. He had the day off from work and slipped out on an errand while I was safely ensconced in my office.

A few hours later when I shouted, “I’m done!” he slinked out to the garage for the by-product of his errand and set up a surprise celebration for me in the kitchen. When I finally saved the SFD, yet again, to my Mac’s hard drive, then a thumb drive, then the external hard drive, I closed out my novel and left the safe and messy confines of my office.

Waiting for me on the kitchen counter was a lovely bouquet of flowers, a bottle of champagne, and a note of congratulations for writing a complete novel in less than a month.

It felt so good to celebrate my accomplishment and I’m now very much looking forward to plumping up my novel to at least 75,000 words and editing the hell out of it before I thrust it upon my long-suffering Beta Readers … you all know who you are!

Go for it and don’t let anything stop you.

Congratulations! Finishing the first draft is a huge accomplushment. No matter how much work is left, at least you know you have a story.
And good for your husband to help you celebrate.
Theresa

Yes, it was a good moment.

Fabulous Irene. You are dedicated and committed to your passion and your craft. And, with this project of a complete novel in what turned out to be less than a month, you fully embodied the mantra: “One day at a time”.

Many thanks for your encouragement. Now the real work begins, which I’m looking forward to with baited breath … guess I’d better brush my teeth if my breath smells like bait!

Congratulations, Irene! I’m so happy for you!
How sweet of your husband…he’s a keeper!
I’m familiar with Snowflake Method developed by Randy Ingermanson, but I wasn’t aware of the software. I might have to check it out.
Again…nice job! Enjoy the time off before you sink back into the editing.

It’s always wonderful to hear from an author, especially one who knows what is involved in the editing process. Thank you, Jill.

So proud of you, Irene!

I am honored to work on behalf of AlzAuthors!